Basic education was the brain child of Mahatma Gandhi. He experimented it in the Tolstoy farm of South Africa. 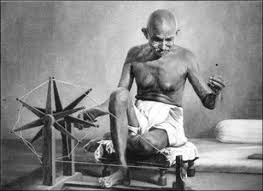 Later when he came to India in 1937 he reintroduced it to the constructive workers. The aim of basic education is to combine the body, mind and spirit in learning. The children should learn thorough work in the farm and learn history, Geography, economics etc.

This was introduced in our Ashram in the year 1946 by Our Founder he sent two teachers for training in basic education and the training certificates were given to them by Mahatma himself. Initially it started as a pre basic school and as they moved up basic schools were started. Later post basic school was added. 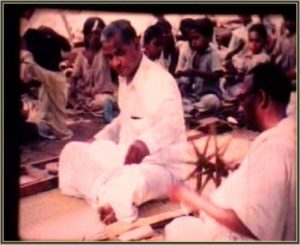 These children worked in the cotton, paddy fields. They learnt all the works associated with agriculture, carpentry, dairy farm. Spinning weaving construction work oil extraction through “Chekku” in the morning hours and in the afternoon they studied Tamil, English, Maths, History and Economics. These subjects were taught in relation to the activities they did in the fields.

This was a unique experiment and to merge with the conventional schooling of the day they got the permission to write the SSLC examination.
Later the government of Madras revoked this arrangement and asked them to change to the exciting system of education.

It was a mighty experiment. Students were well prepared by learning skills that will be useful for them in their later life and at the same time they learn the conventional subjects through the experience obtained through work.

The following are the various activities the basic school children participated in the morning hours and in the afternoon they studied the conventional subjects and related to them their practical’s they did in the respective fields. 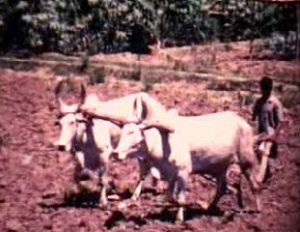 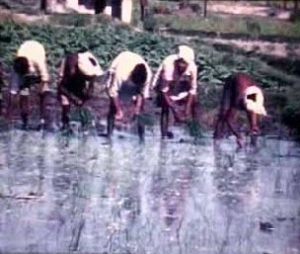 In 40s and before one way drawing water from a well for irrigation by using pulley system. They were powered by 2 bullocks when they move back and forth.The bucket is filled with water and brought up and emptied. In 40s this is the only method available because there was no power in those days in the villages 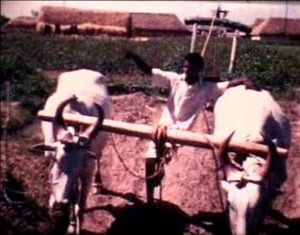 Students used to pluck cotton from the cotton plants in our agricultural activities in the morning hours . 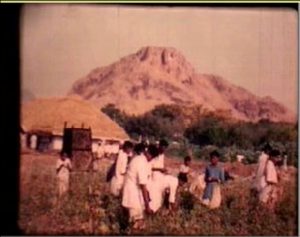 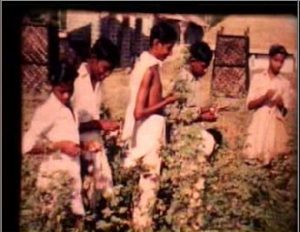 Planting paddy.
Students in the basic school took part in planting paddy and cultivate them.
Paddy planting is an interesting process and one can see number of boys taking part and planting the paddy plants 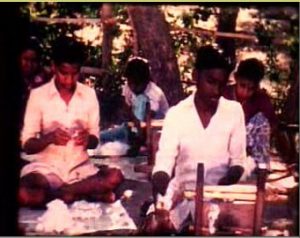 Ginning is a process by which the seeds of the cotton were removed and this cotton is cotton goes through other processes before spinning and weaving es.

It is a process of preparing cotton for making thin sleeves of cotton used for spinning by using charkkas .In 40’s it was part of basic education and students were involved in the process of spinning.Founder was wholly committed to Kadhi. He had a strong belief in kadhi as a follower of Mahatma Gandhi and for a member of years he used to spin. 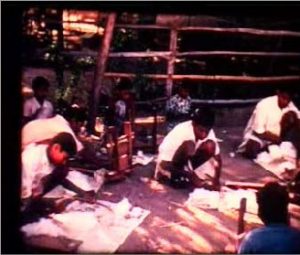 Spinning
Spinning can be by Charka or another simple device called “Thakli”. Even small children can spin with the use of Thakli as seen here. 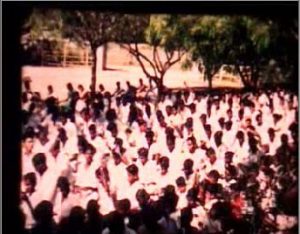 PAVU
In making a cloth with Khadhi, yarn , was spread ina special equipment which is called PAVU. This is very essential for weaving. Here you see the boys are involved in that process. 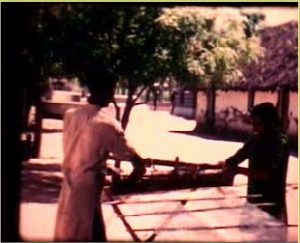 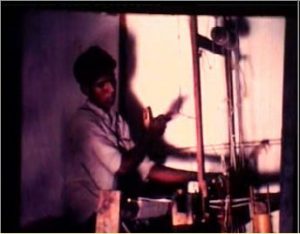 science is a part of their study.

CATTLE CARING
Cattle caring was part of the syllabus of the basic education students. Cleaning the cattle sheds and milking the cows was part of their learning Milking the cows is an art. One should be gentle in milking and get a confidence of the animal. The milk after using for the students was. given to the villagers. 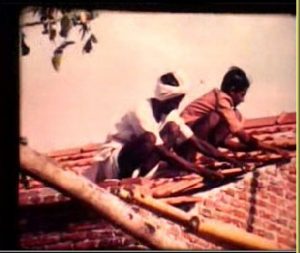 Students were involved in the preparation of bricks using the red soil. It is a simple method of making red soil into clay which is easily mouldable and this clay is filled into a trough to the size of the bricks and these bricks are dried under the sun and used for construction. Students were very much involved in this process and several buildings of the ashram were built by this bricks in the early days 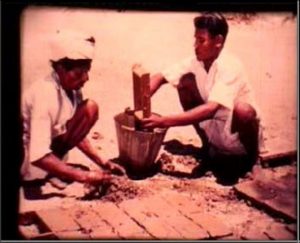 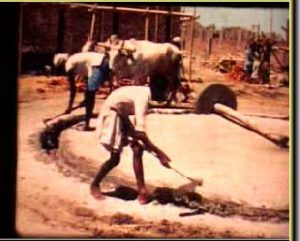 In those days cement was not commonly used in the villages. So they used lime and sand to make mortar by grinding with the help of the bullocks.
were built by the students and the roof was covered by laying tiles made from the mud and these tiles were laid one over the other. They have a very good cooling effect inside the house.

Oil was produced by pressing the oil seeds and the equipment that was used was called as “Chekku” in Tamil and the power was given by the bullock which used to go round and round and squeezed the oil seeds to get the oil. 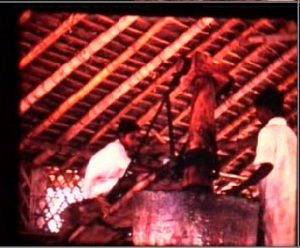 In those days the Wartha lavatory. was very popular, They dug trenches and place a movable cover for privacy and after using the toilet mud was pushed to cover. The night soil after a month or two l becomes a manure and they were used for lands. 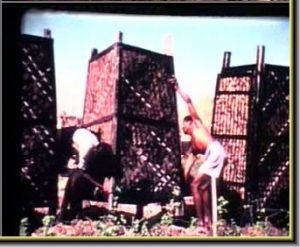 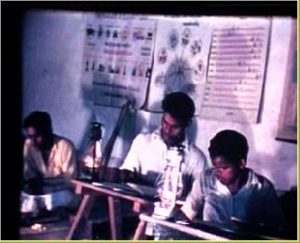 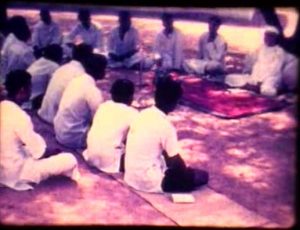 Since there was no electricity night study was by using a kerosene lantern. Here you see a student using a lantern for his night study.